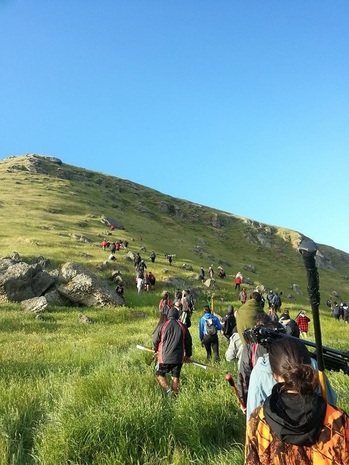 The Ancient Art of Māori Weaponry can be traced back to the time when
Ranginui and Papatūānuku were separated and their children were at war with each
other from which all ancient fighting can be traced.

Tūmatauenga received many of his names from his fierceness in battle and
fighting hence becoming the god of war.

Te Whare Tū Taua was one of many ancient learning schools where the art of
war was preserved and taught for over 1000 years through out all Iwi and Hapu
specializing in all aspects of warfare and weaponry.

Due to years of colonization, suppression, and legislation such as the Tohunga
Suppression Act 1907, this devastated the language, Tikanga and all forms of
ancient Whare Wānanga almost to extinction.

Te Whare Tū Taua o Aoteaora was founded by Dr Pita Sharples in the 1980s
due to the renaissance of the Maori language, tikanga and to offer the ancient
art of mau rākau back to Māoridom as an innovative program in physical fitness,
Māori history, Māori Atua, whakapapa, confidence, leadership skills, self
discipline, respect and all uses of the Taiaha.

The curriculum is separated into eight stages (poutahi to pouwaru), taking
between 12 to 15 years to complete.

At present there are approximately 2000 members through out Aotearoa from
all tribes and throughout the world, men and women, from akonga to
pouwaru.

All new members are welcome to join our many branches through out Aotearoa
and also in London, Brisbane Australia, Hawai'i and now Abu Dabi.

The summit of Te Paa Horehore o Te Rangitapu aa Whata is the spiritual focus
point for Te Whare Tu Taua o Aotearoa and Ngai Te Kikiri o Te Rangi o
Ngati Kahungunu.  For the last 29 years, students throughout Aotearoa and
the world have, and continue to visit this maunga